Coming soon: GLOBAL PHARMA REPORT 2023 – sign up here to be the first one notified! 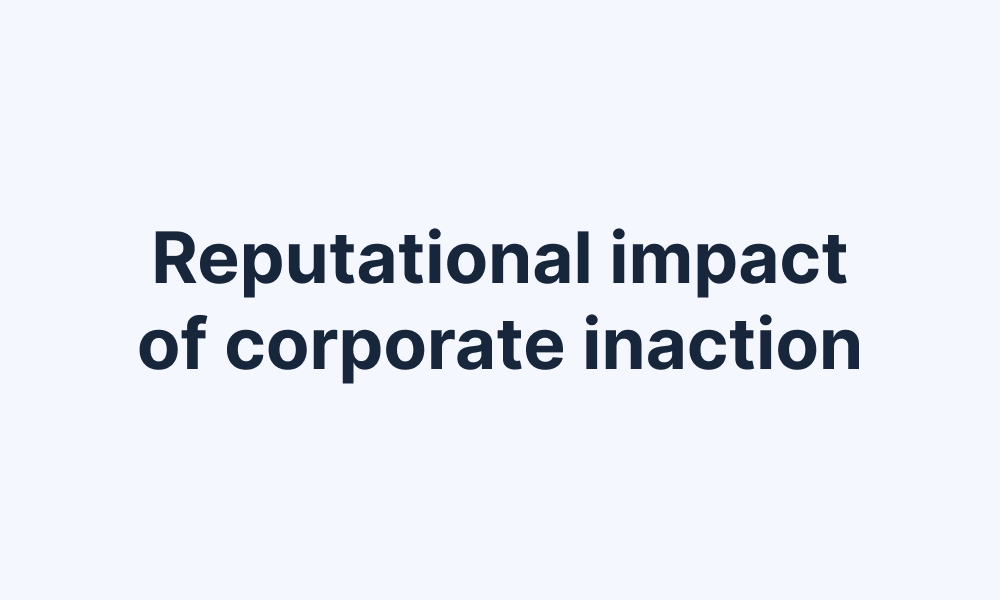 Are Corporate Reactions to the Ukraine War Still Impacting Reputation?

The war in Ukraine has now been going on for more than 100 days with all it entails in terms of humanitarian disaster, geopolitical conflicts, energy crisis, and a looming global financial downturn.

People across the world are feeling the impact of the war and are looking to both governments and companies to act and put pressure on Russia to stop the invasion of Ukraine.

Companies are Expected to Act

As we reported in April, international companies with presence in Russia have been drawn into the conflict. Caliber research showed that 78% of the 3,177 people included in our global survey in 15-25 March expected some sort of active corporate action in response to the conflict.

In our report, we saw that certain industries and companies suffered reputational impact in that initial period, likely due to their reaction (or lack thereof) to the war in Ukraine and their involvement in Russia. Now, roughly 100 days later, we follow up to learn if anything has changed in terms of public perception of these industries and companies.

In March, we saw a clear and immediate effect on public perceptions across industries related to actions taken following Russia’s invasion of Ukraine.

Many industries were impacted negatively, but some industries like Pharma, Big Tech and Retail were rewarded for their quick resolve in taking value-based actions and communicating their intent to exit Russia. For these industries, public trust and affinity levels now stand even stronger than pre-war levels.

The German telecom giant Deutsche Telecom was quick to communicate its intentions concerning its Russian operations back in February. However, as we reported, the company’s original plans to scale back were not well received by the public.

The company’s reputation plunged 12 points (from 63 to 51 on Caliber’s normative Trust & Like Score scale going from 0-100). Since then, the company withdrew completely from Russia, communicating on 24 March that they would close all activities in Russia. In April, their reputation recovered to pre-war levels.

Shell and BP both moved fast to show their intent of divesting completely from interests in Russia. The two companies were among the first internationals to communicate their exit.

This fast resolve did not directly improve the reputation of these companies, but at a period of a raging energy crisis with extreme public and political scrutiny of the energy sector, it served as cushion against further decline in perceptions.

Both companies have seen some recovery of their reputation in May, with BP getting most reputational dividend. The underlying reason for BP’s stronger recovery could be the sizable financial write-down of €24bn it incurred because of its exit. Going against financial self-interest and showing sympathy, political conviction and strong humanitarian values resonates across the broad base of stakeholders.

Overall, the above companies are strong examples of the impact a response (or lack thereof) to a major geopolitical incident can have on corporate reputation. Those reacting quickly and firmly have been rewarded immediately through stronger or sustained perceptions in the public. Conversely, those wavering or lagging in their decision-making suffered negative impact on their reputations.

Actions or inactions in situations like the Ukraine war matter greatly to public perceptions, as they put on display the real values of a company. In times of war people react emotionally and expect companies to do the same. There is very little room for rational explanations of business intentions, and companies risk eroding trust if they do not communicate their plans quickly.

Get our newsletter directly in your inbox

Be the first one notified when we publish new reports and rankings!
Facebook-f Linkedin-in Twitter